For the second day in a row I ate breakfast at the same diner near the hotel.  It is a combination deli/buffet/bakery.  This meant I could start the day by filling up with a nice heavy meal, then carry out a giant chocolate chunk cookie for later.  There would be a lot of walking again today, so I was convinced I needed a few extra calories to burn.

We took the subway ‘downtown’ from our ‘midtown’ location.  I was given a quick tour of the area, then left on my own to run around for a few hours.  The day was spent mostly in the neighborhoods surrounding the World Trade Center and financial district.  I wandered the streets for a couple of hours looking for interesting shots.  I was trying to be stealthy with my camera and not piss anyone off.  I scored about 90% on that. 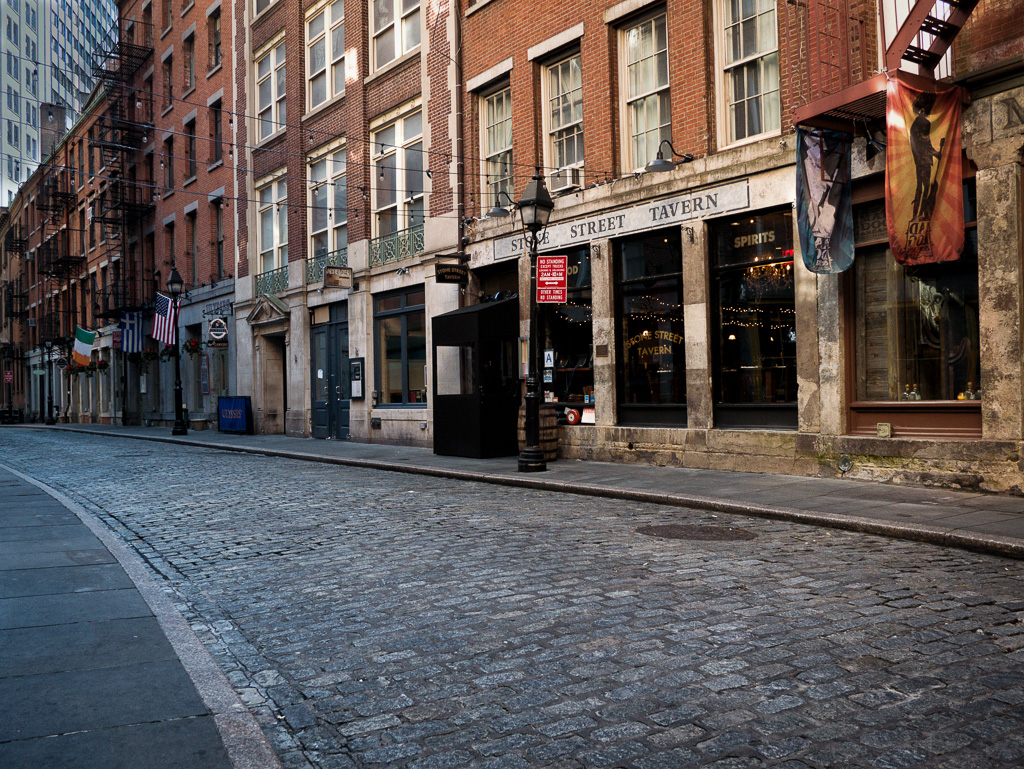 Later in the afternoon, the sun began making it progressively harder to get shots due to the extreme contrast of the city streets and buildings with the bright sky.  This seemed like a good time to head over to the 9/11 memorial site where I spent the rest of the afternoon (there will be more on this in its own post).  After the museum, I hung out in a marble-lined pedestrian tunnel which connected Brookfield Place with the WTC train station.  This was one of those great accidental finds which I sometimes stumble upon as I’m wandering aimlessly… which seems to be how I ended up in NYC in the first place.   The passageway is a very cool design, and I tried to shoot it from every angle possible without security getting too suspicious of me.